The first commit with the code for Kamailio was done on the 3rd of September, 2001. A bit more than 18 years of continuous development, the project marked the milestone of 30000 commits only in the git master branch. Victor Seva already gave the start of the new series of commits, pushing the 30001th. 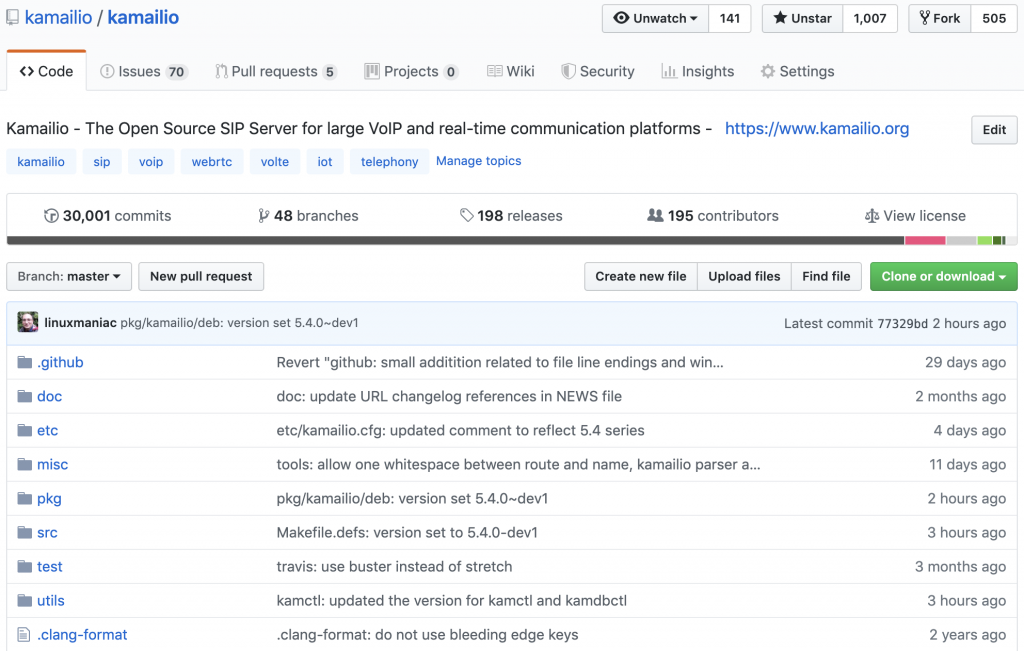 The project is currently in an highly active development phase, a bunch of events being scheduled for the near future: